Currently awaiting consideration by the Banking, Business and Insurance Committee in the Delaware State Senate is Senate Bill 161. Introduced to the General Assembly on March 20, 2018, Senate Bill 161 would drastically change the way medical providers are compensated when treating patients who have been injured in motor vehicle accidents in Delaware.

Under the current law, there is no fee schedule for medical providers to follow when submitting bills for treatment rendered to accident victims under the patient’s Personal Injury Protection (“PIP”) claim. When a doctor treats someone covered by PIP, the doctor may bill according to his/her own fee schedule and expect to be reimbursed at 100%.

Under Senate Bill 161, a medical provider can no longer expect reimbursement at 100% of his/her own fee schedule and instead limits the provider to receiving only the charges permissible under the fee schedules established by the Workers’ Compensation Oversight Panel governing compensation for providers treating workers’ compensation claimants. If the bill becomes law, the provider is prohibited from demanding or requesting any payment in excess of the rate approved under the Workers Compensation fee schedule and mandates that the insurance company is obligated to report to the Division of Professional Regulation any pattern of excessive charges or treatment by the provider.

Senate Bill 161 is sponsored by Senator Brian Bushweller and Representative Trey Paradee, with nine additional co-sponsors, and reportedly was developed with the insight of the Delaware Insurance Commissioner Trinidad Navarro. The proponents of the bill contend that allowing providers to bill according to their own individual fee schedules with the expectation to be reimbursed at 100% has resulted in excessive medical charges that quickly exhaust the patient’s PIP coverage. A strong opposition to the bill has been voiced by medical providers and trial lawyers who assert that the bill will limit a patient’s ability to receive medical treatment.

Discussions of the need for a PIP fee schedule have been ongoing for many years as automobile carriers have been declining to reimburse providers’ bills at 100% claiming that providers are engaging in patterns of overcharging and excessive treatment. The current statutory minimum PIP coverage established by law is $15,000 per person and $30,000 per occurrence, but although the statutory minimum may seem sufficiently high, the available coverage depletes rapidly when compensation is expected at 100% of the provider’s fee schedule and providers, at least in the eyes of the insurers, are billing at rates that are deemed “unreasonable.” The current PIP law requires that insurers pay medical expenses that are “reasonable and necessary,” and thus, allows an insurance company to deny full reimbursement of a medical bill that the carrier has deemed “unreasonable.” Disputes between insurance companies and medical providers as to the reasonableness of the amount charged have been ongoing for several decades. In 1994, the State of Delaware Department of Insurance issued Auto Bulletin No. 10 to address automobile insurers’ refusal to pay providers the amount charged basing the denial of the bill on the carrier’s determination that the amount charged was “unreasonable.” Where the full amount of the provider’s bill is not paid by the carrier, balance billing to the client of the unpaid amount may occur, which then leads to legal action against the carrier either in the form of an Automobile Arbitration before the Delaware Insurance Department or an action filed in one of the state courts seeking payment of the bill by PIP carrier.

Whether Senate Bill 161 will be passed to amend the PIP payment system remains to be seen, but it is certainly a major area of concern for practitioners and medical providers of the state, and its progression through the General Assembly should be closely monitored. 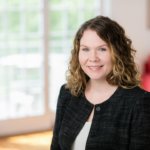 Tiffany is an associate attorney at MacElree Harvey, a full-service law firm serving Delaware and Pennsylvania.  She joined MacElree Harvey in the summer of 2016 and spends her time in the Delaware office located in the Village of Centreville and in the Kennett Square office.

If you have been injured in an automobile accident, contact Delaware car accident lawyer Tiffany M. Shrenk at 302-654-4454 or [email protected].